There was a few problems with the code for the 128×32 LEDDMD. Every so often there was flickering at random spots on the screen. This was because of the way the display memory was updated. I already fixed it by putting a dummy state at the end of the display memory update. Doing so actually increased the speed that data could be sent to the FPGA. There is no waiting between the Latch pulls.

The last problem is that there is some slight ghosting on the screen. Due to the way the screen updates it looks like the Column data is updating slightly before the rows are updated. Because of this you get a ghost effect on the opposite side of the screen that is up one row. 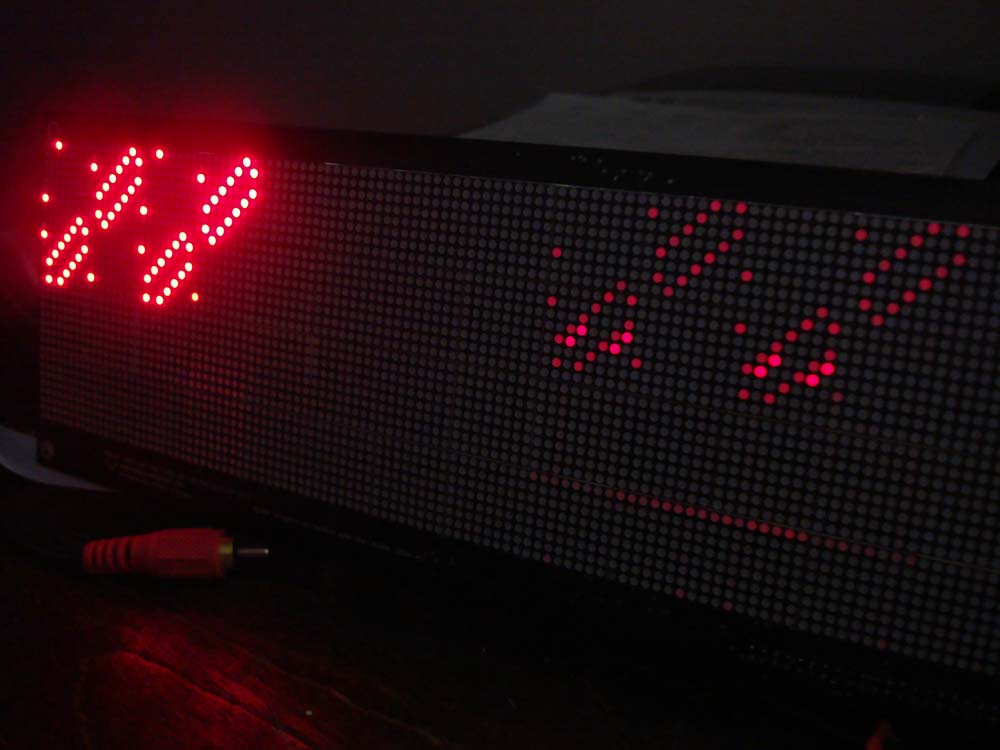 I think the reason why is because there is a slight delay in the rows caused by the decoders. The current plan of attack is to buffer the Column data a couple cycles before outputting. 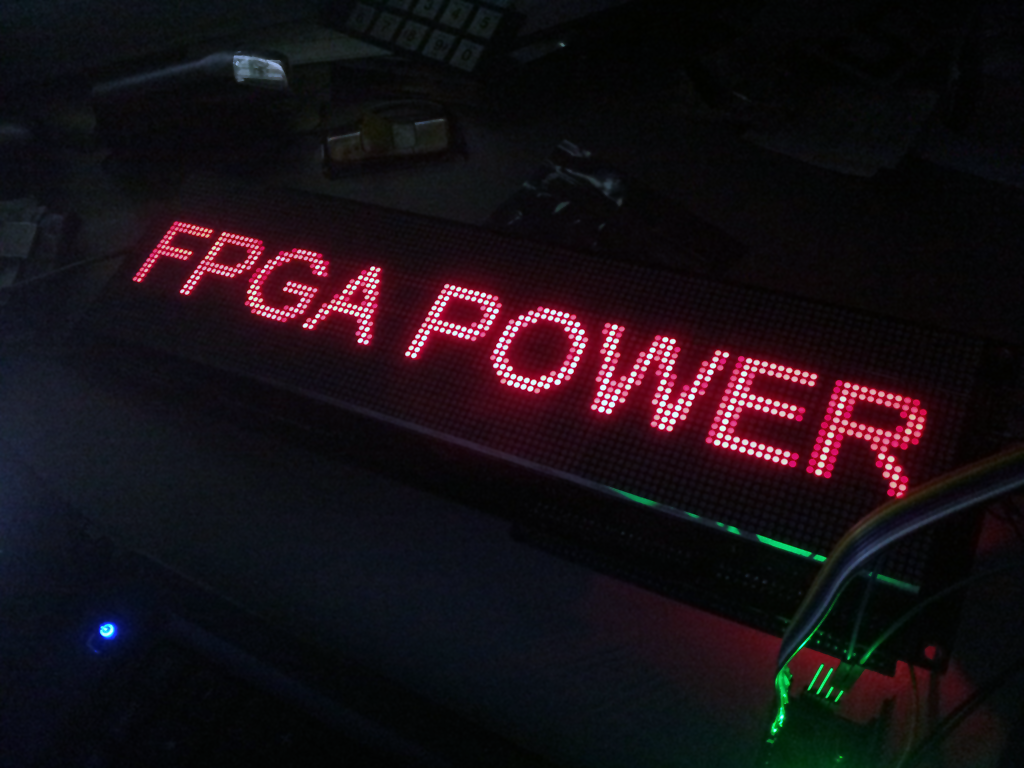