This years San Mateo Maker Faire was even more awesome then usual. The amount of new and interesting makers and stuff to see was virtually overwhelming. Even after two long days I still was unable to see everything. I was able to upload all my images to my twitter account which you can check out on the right sidebar.

In other news I will be finishing up the Tommy Pinball system in the next week or so. Project first board should be ready for testing in a month. I will be looking for beta testers and programmers in a month so either send my an email or comment on this post if you are interested.

Chris and I started Sunday off by looking at some 3D printers.

Look a 3D printer not made of wood!

The Ultimaker has some interesting X-Y axis that enables it to go super fast. Print quality from this machine wasn’t the greatest however.

This little robot was trying to not get stepped on as it raced through the crowd.

The Wild Thumper robot platform has some really cool suspension!

Now this is what I need. A small scale pick and place machine. All DIY.

The new Arduino line up was at the Atmel booth.

Arduino Due actually exists! Though the sticker price is way high at $110. Way to much for a bare bones Arm M3 Cortex board.

This robot was all alone off to the side. Looks so sad.

A bunch of R2 units. They had lots of moving parts and could probably be a stand in replacement in a Star Wars movie.

Some kid was driving this rover around and trying to run over people.

This guy had to be over 12 feet tall.

The steam engine on board.

It spits fire! It is not Maker Faire unless something spits fire! I was standing around 50 feet away and the heat was intense.

It works. Almost ran me over taking this picture.

Gyro Copter. This vehicle was very impressive and well built.

A guy walking around making “music” with this contraption.

How to be a TSA agent.

A cool bicycle clock. All the gears worked to reduce the speed and time the clock correctly.

All powered by a little motor on top.

Back at the hotel. Chris looking for the Solar Eclipse.

At Jeri’s Show and Eat dinner after Maker Faire. Ben printing with his portable printer.

Bonnie played Super Mario Bros. on my NES portable and beat the game!

Congratulations! Well that wraps up my Maker Faire trip to San Mateo!

This is Part 2 of this years Maker Faire trip to San Mateo, CA. After leaving RoboGrrl’s booth since she wasn’t there, Chris and I started to look at some 3D printers.

Dual extruder! This was a direct drive model. It was on a Maker Bot.

I took some pictures so I could figure out how the X and Y axises where designed.

Cardboard Trojan Horse. Was standing at the AutoDesk 123D booth.

6 Beagle Boards communicating to each other and splitting up the HD video to extend the displays. There is a single master Beagle Board that tells the other ones which frame to display. This keeps it all in sync.

At the Ti booth they where very impressed with my msPROBOT. Here is BlueHash from the 43oh.com forums holding up the robot.

Here is the majority of the projucts that the 43oh.com store sells.

A guy had Steve Wozniak’s card. Lasered out of stainless steel.

The Ti EVALBOT. So much robot in such a small pacakge.

Cool display in the Dangerous Prototype Booth. No one was manning the booth so we walked on.

Bryan with 8bitlit. He made the Mario Coin lights and just recently interfaced a Xbox controller to the Sphero by bridging the connection with a computer.

A cool robot and/or computer case.

Showed off the NES 3D printed case to some 3D printer makers. They where impressed.

Ran into Jeri and her awesome C64 Bass Keytar.

“I WILL DESTROY ALL HUMANS…OPPS DID I RUN OVER YOUR FOOT? I AM SORRY.”

A full on Viper simulator.

Me in my DO OR DIODE Radioshack shirt.

Ben on the left and Tom from Google on the right.

That is it for the first day of Maker Faire! Stay tuned for the next part.

This past weekend I attended Maker Faire in San Mateo for my second year in a row. I was amazed at all the new things people had made. Even with two days I still did not get to see everything.

END_OF_DOCUMENT_TOKEN_TO_BE_REPLACED

Just got back from Maker Faire. Will upload all my pictures and the like after I wake up. 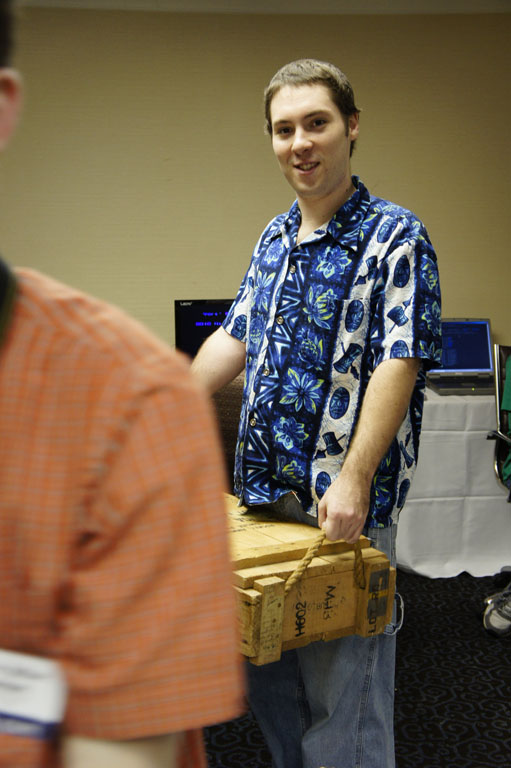 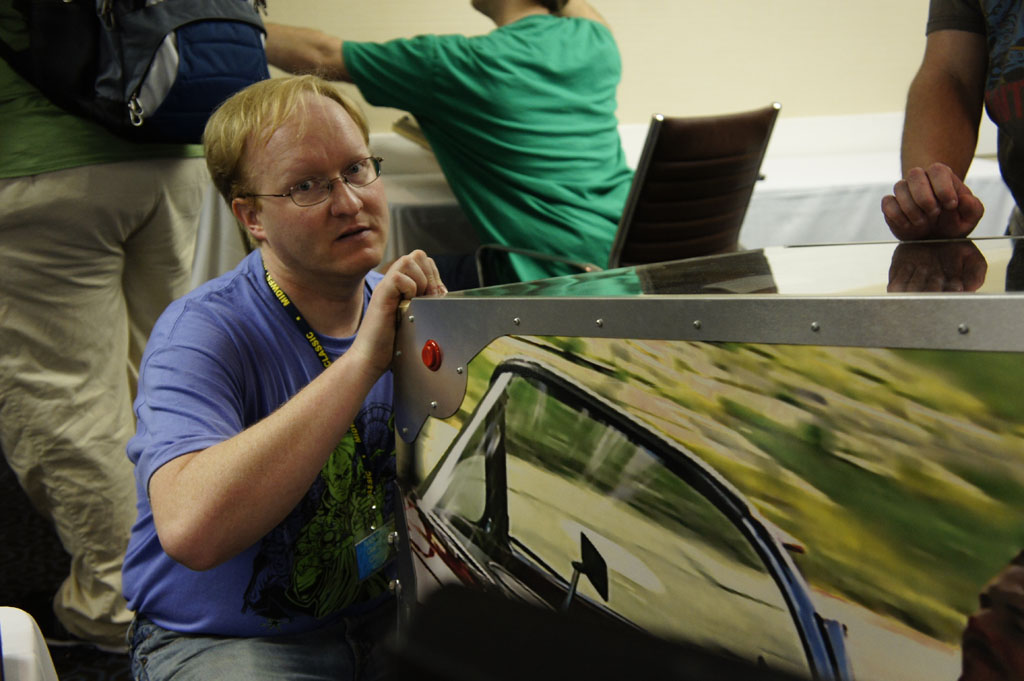 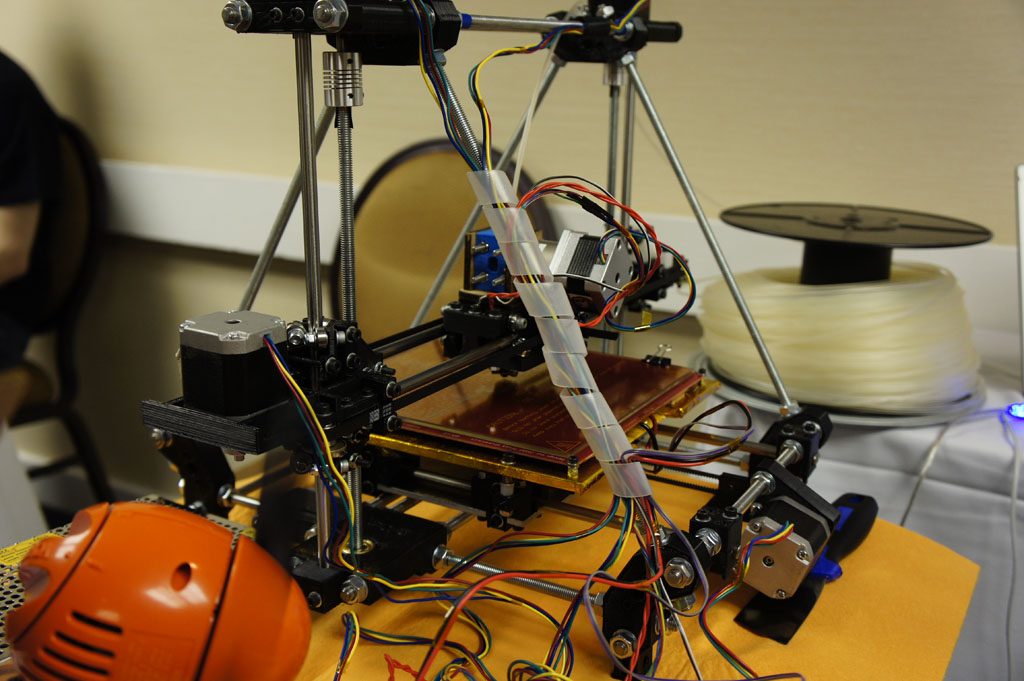 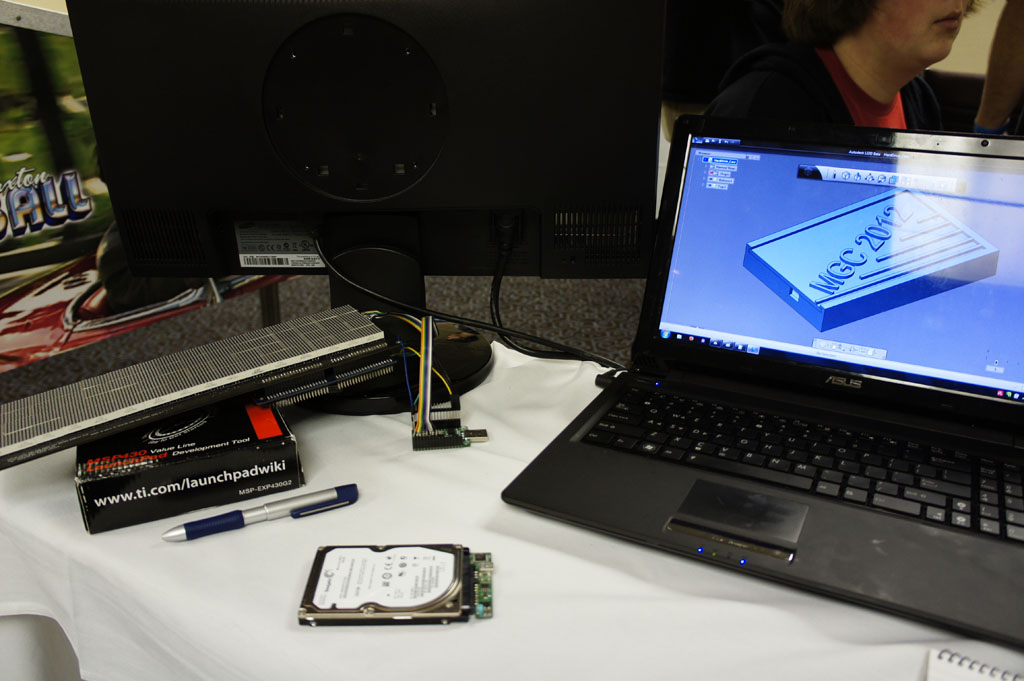 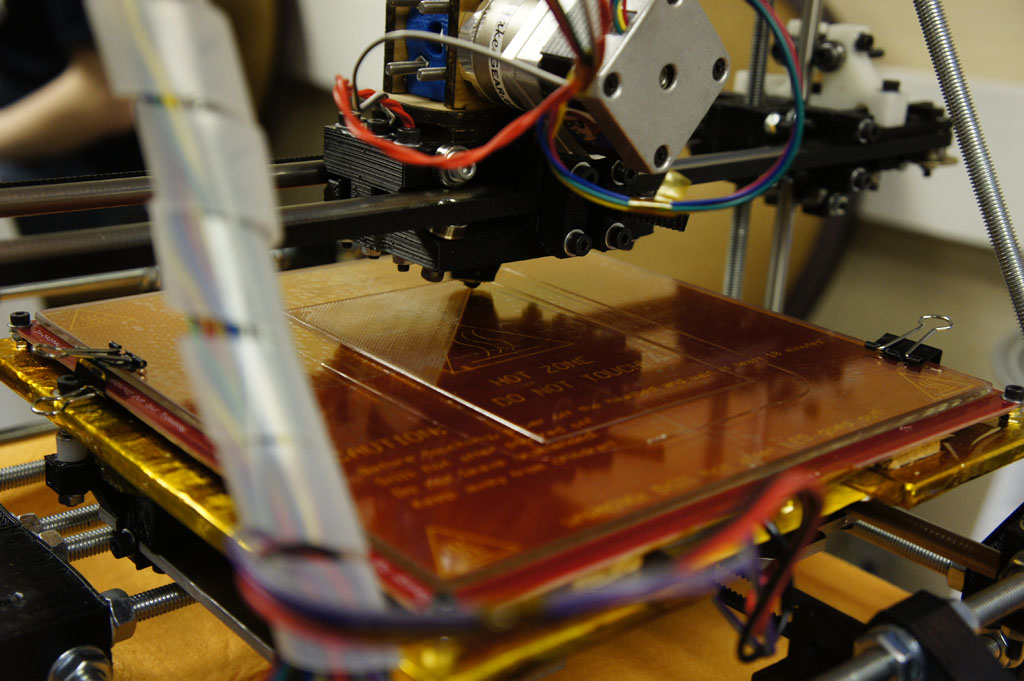 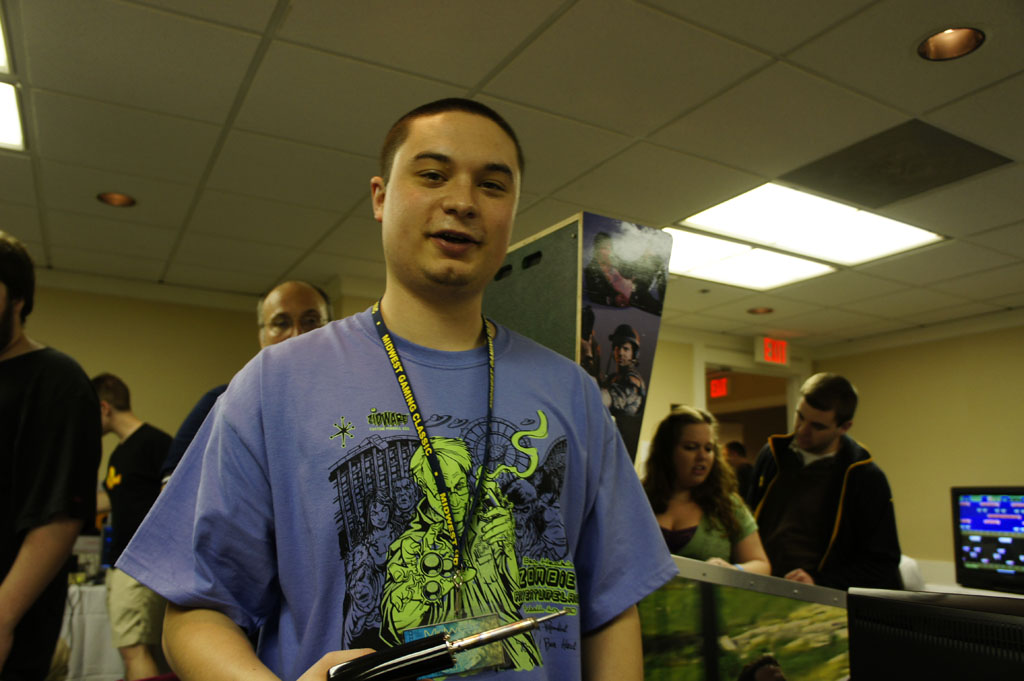 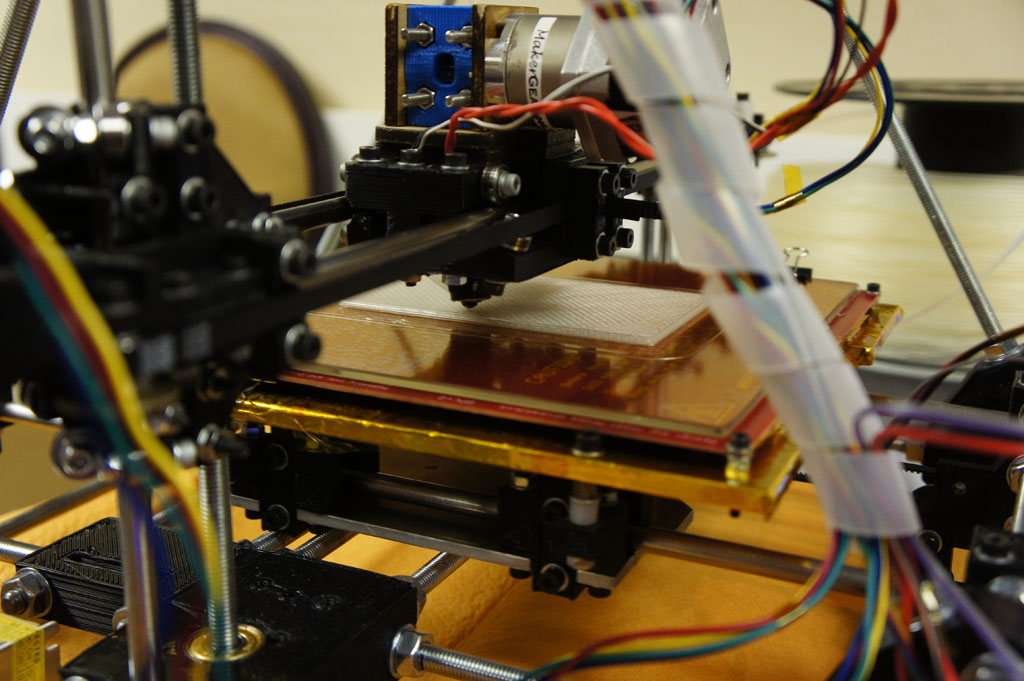 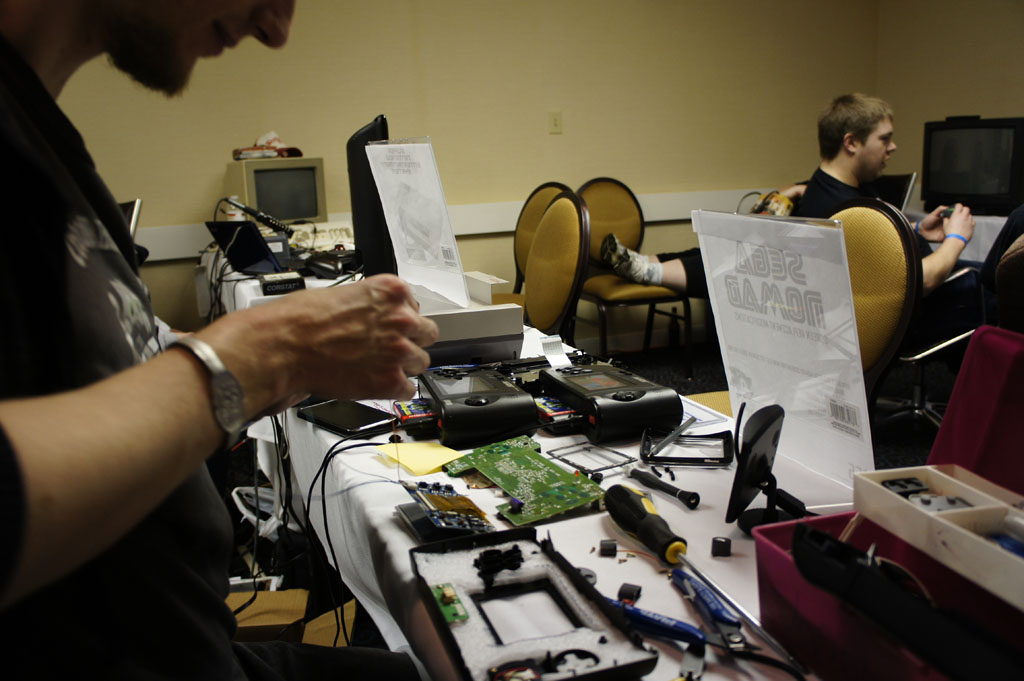 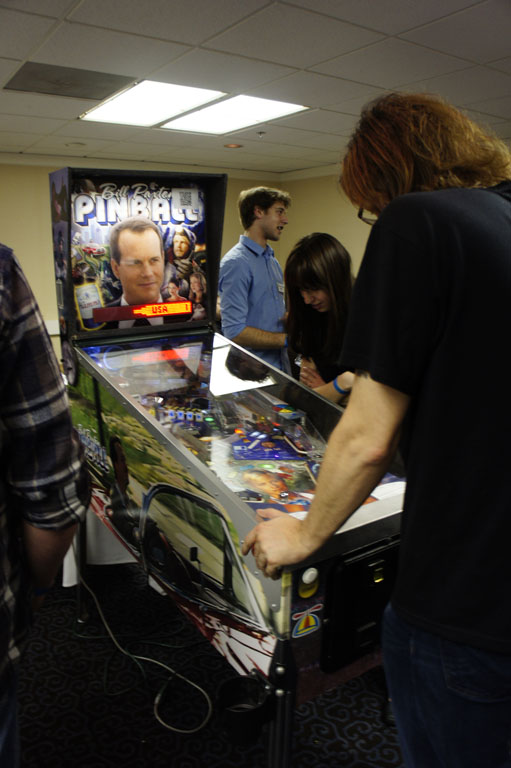 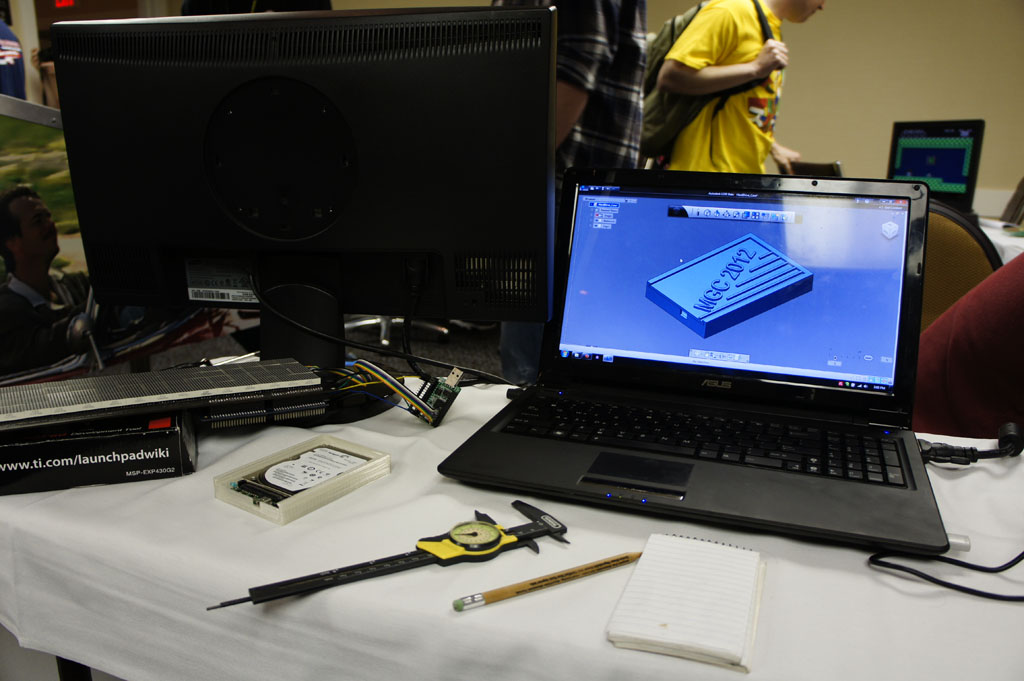 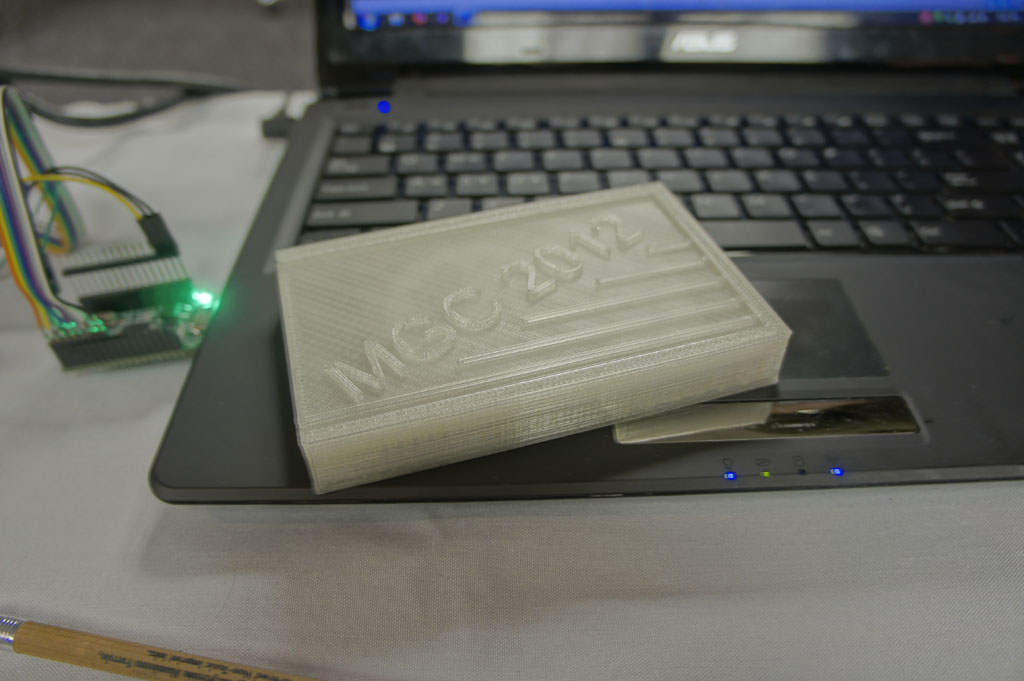 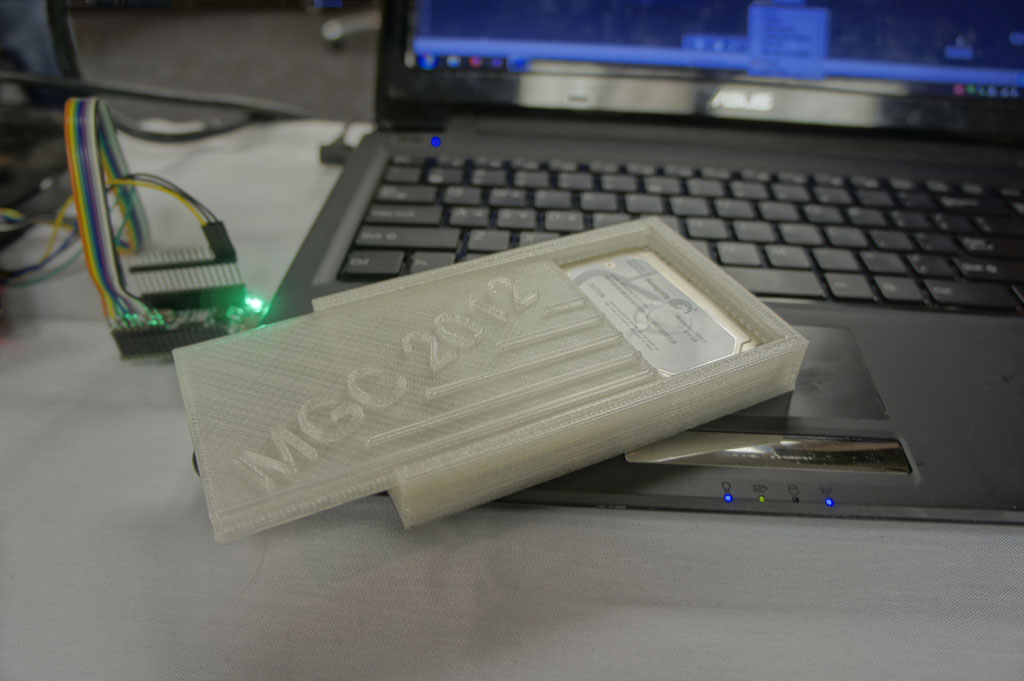 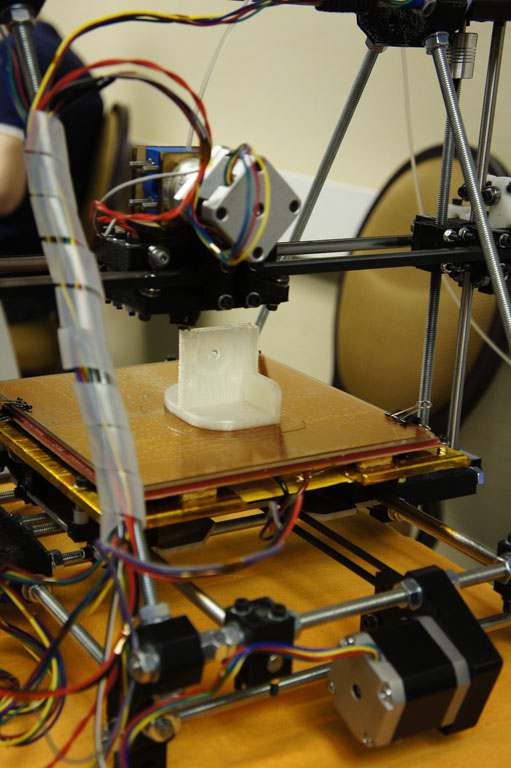 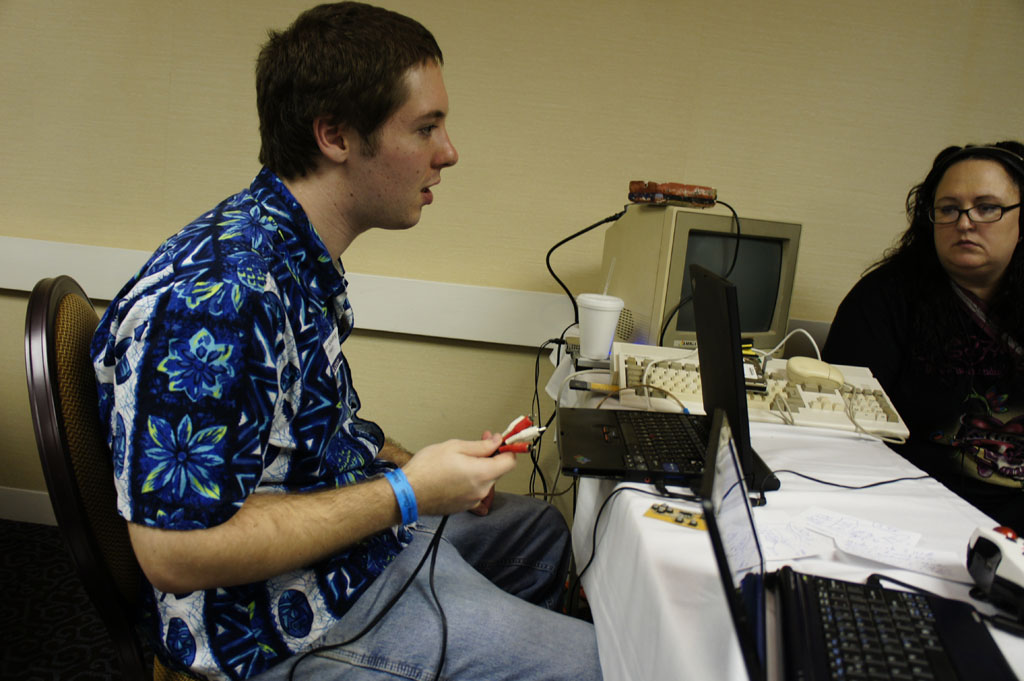