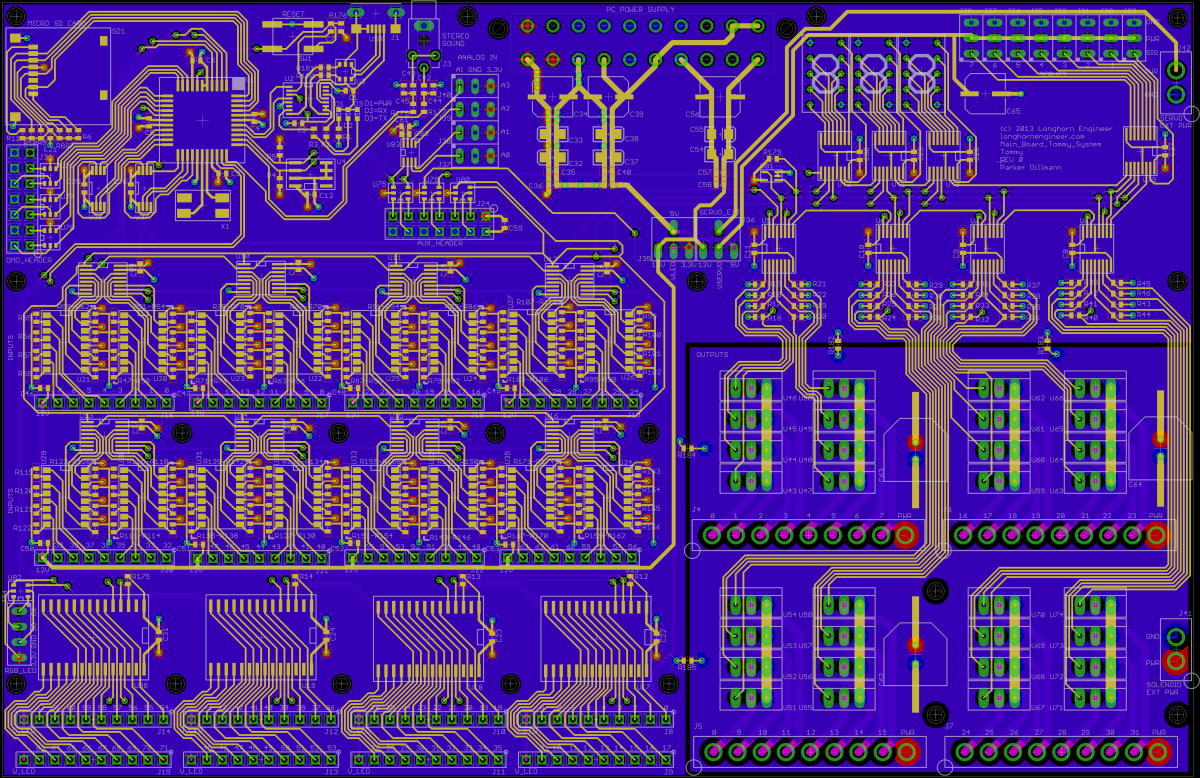 Just finished Rev0 of the Tommy Pinball System. I will be uploading the Eagle files after I can confirm the board works. It is a 4-Layer board so I will be using Seeedstudios new 4-layer prototyping service to order some boards. After I receive them I will allow some people to purchase at cost a fully assembled board for testing and code writing.

Next I have to design and route the “test” board for the Tommy Pinball System. These test boards plug into the sockets on the Tommy board and allow you to test code without having it wired into a pinball machine. So instead of solenoids you will have LEDs and the input boards will have switches on them.

One thought on “Tommy Rev0 is complete!”